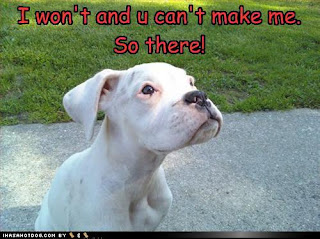 This series looks at a small snippet of The book on the Perfectionist Personality, aka The Obsessive Compulsive disordered Personality, aka OCPD, each week. Please follow along, leave your comments, engage more on the FaceBook website... whatever your heart calls you to do.
Too Perfect, When Being in Control Gets Out of Control by Allan E. Mallinger, M.D. and Jeanette DeWyze was published by Random House in 1992.  If you believe you are dealing with OCPD or someone who is "Too Perfect," whether that's you or a loved one, please buy a copy of the book and read it for additional insights that will not all be covered in these excerpts. 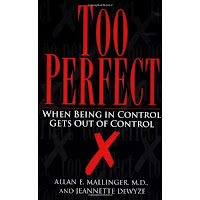 For many of my patients, this sense of vulnerability appears to have begun early in childhood.  One patient, a thirty-year-old computer programmer named Gerald, could remember and describe explicitly the sensation of being overwhelmed by his mother at a very young age. <snip>

"One major source pf confrontation was food.  Even when I was hungry, I resented how my mother controlled my meals.  She gave me more than I wanted; she made me eat foods I didn't like without giving me the chance to say 'No!'  It was like I was an extension of her needs, as if she were saying, 'If you eat, I'll be happy'  <snip>

<snip> Eventually, Gerald cound a weapon.  "The weapon was holding back," he told me.  "If I didn't eat, it drove my mother crazy.  If I withheld affection, it caused my parents pain.  It made me feel powerful, in control"

<snip> "When I know somebody wants something from me, I don't do it.  It's so automatic, it ends up being more important to me to hold back than to decide what I want.

I would describe Gerald as intensely "demand-resistant" - that is, inclined to back at various expectations simply because they are perceived as demands.  <snip>

<snip> A small percentage of people, like Gerald, consciously recognize that they feel resentful, not only when someone tells them what to do, but when they feel even a subtle expectation or pressure.  Some may have a reputation for being stubborn or oppositional.  But it's far more common for demand-resistance to be nearly undetectable.  Inwardly, the obsessive may sense some hesitancy when confronted by certain demands.  "I get a tightness, inside, a tightness in my gut," is how one patient described it.  "I feel a suppressed anger."  But often there are no internal signs of this private turmoil.  In other cases there are outward signs - procrastination or inability to stay with a task, for example - but the foot-dragger himself is bewildered and often dismayed by his inability to do what he consciously thinks he wants to do.

***
Boy oh boy - how many of us grew up in an era of  "You'll eat everything I put on your plate, and you'll like it!" In my case - no demand-resistance, simply outright rebellion.  Many a night I sat at the table, assigned to sit there till I was done, and ended up sitting there until my parents gave up.

I think it's normal to rebel against people who are telling you how much you should or shouldn't want to eat, or should enjoy eating.  Patricia Evans in her Controlling People book tells the story of observing a mother and daughter in an ice cream shop, where the mother was telling the little girl what flavor of ice cream was her (the daughter's) favorite, and the little girl firmly clung to her own choice.

The resistance is normal, even healthy.  Toddlers go through a stage of saying No! to everything, usually around "the terrible twos."  They are testing the boundaries of their world, and it's a healthy stage to go through - not to be stuck in.

It's when it becomes a non-thinking, automatic reaction to everything, that it's a problem.   When inside, we are saying, "No I won't and you can't make me!" even to ourselves, to things we want and need to do, and worse, when we don't recognize this.

I think I have some demand-resistance. For my ex, it was horrible; pretty much anything I asked him to do, he would: refuse outright; claim he didn't have time; promise to do it and then not... 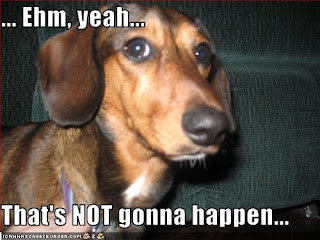 I eventually realized that, except on rare occasions when the moon and the stars were properly aligned and he was in the perfect receptive mood (which events I could never predict) that my simply asking him to do anything = he would make sure what I wanted didn't happen.

F'rinstance - back on food again.  He insisted on cooking all our dinners.  One meal I particularly enjoyed was chicken that he baked in the oven with teriyaki sauce and brown rice.  In the first year we lived together, he made this 1-2 times per month.

When my birthday was approaching, he asked what I would like for my birthday dinner.  I asked for that meal, and apparently waxed too enthusiastic about how much I enjoyed the way he made it.  (I wanted him to feel properly appreciated, silly me!)  Not only did he make excuses about why he couldn't make it for my birthday, but in the following five years we lived together, he never made it again.  I did ask for it, once or twice more over the years, then gave up.

He won!  Only, what did he win?  This was "Another Brick in the Wall," I-don't-want-to-live-this-way moment for me.


Do you recognize demand-resistance in yourself, a partner or co-worker?
Are there any specific areas where it seems worse?

Posted by The Writing Goddess at 5:00 AM 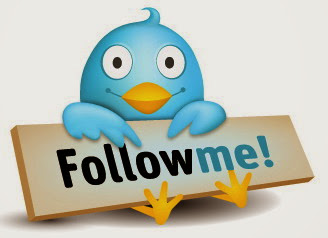